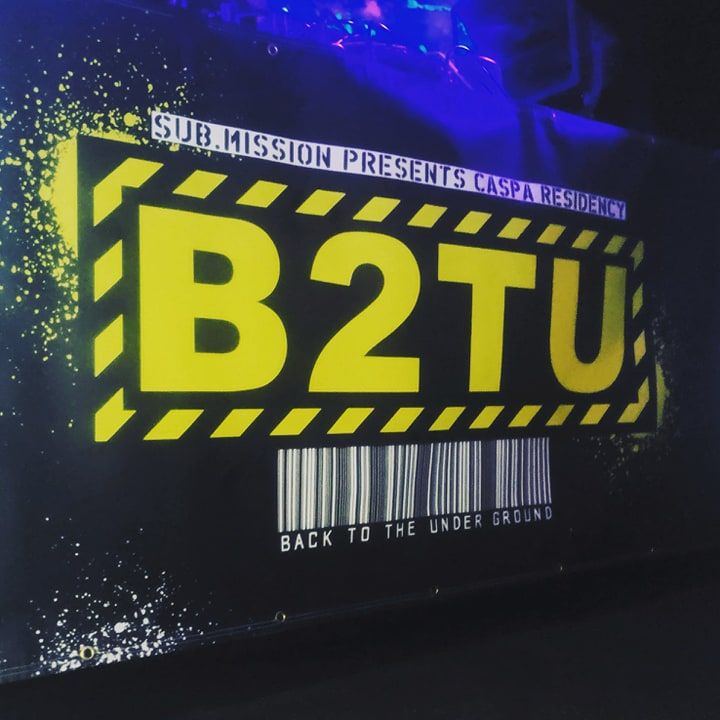 It’s nearly 3AM on Saturday morning following the final installment of Caspa’s residency at The Black Box. In the aftermath of the one-of-a-kind “Back 2 The Underground” concept, which unfolded in a series of five consecutive full-capacity Fridays, the venue is still abuzz. The club’s security staff hangs patiently around the entryway, having given up on the possibility of shuffling fans out of the building in a timely manner. By now, they know the drill: As in each of the four previous Fridays, Caspa remains on the dance floor indefinitely to chat with each and every fan that approaches him. Tonight, the artist’s eyes shine as he poses for photos, answers questions, and signs every t-shirt and poster presented to him. Among the final stragglers is one young woman who gushes gratitude for Caspa’s inspiration on her own productions. As they hug, he enthusiastically requests that she send over some tracks.

After five straight weeks of performing at the same venue - plus playing additional shows around the country throughout - one might expect the artist’s energy levels to be more in line with the complacent exhaustion of the staff. But Caspa is palpably buzzing on a wholesome, substanceless high.

And - perhaps surprisingly - a member of the security team even speaks up to agree, commenting on how many unfamiliar faces filled the intimate dance floor tonight and on the Fridays before. Something very special went down in this room, and nobody is immune to the excitement. 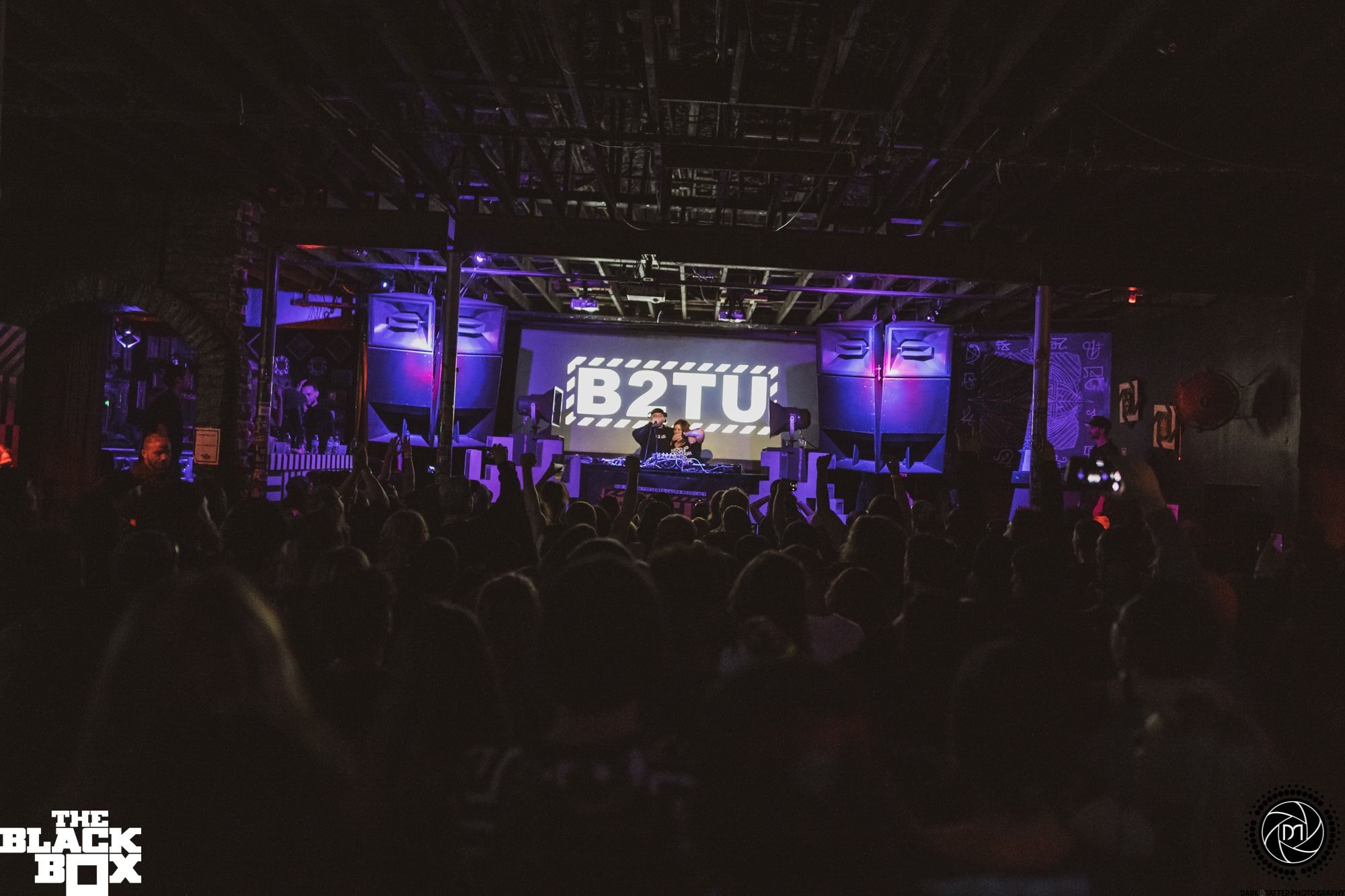 “Back 2 The Underground is a concept of taking the music back to its original roots, which is a small club, dark room, big sound system,” explains Caspa regarding the spirit behind B2TU, which transpired each Friday from November 15th through December 13th in Denver. His description of the setting where dubstep was born nearly two decades ago is also a spitting image of The Black Box today. Of course, that’s kind of the point.

For Denver’s ultra-devoted population of dubstep heads, Back 2 The Underground did in fact play out like the ideal rendition of a single-weekend festival -  in its lineup featuring the underground scene’s most relevant names, and in its refreshing format that allowed us to return to our beds, charge our phones, eat substantial meals, and participate in “real life” during the six-day recovery periods between each installment. But the B2TU vision runs deeper than a simple scene indulgence. The concept was designed to parallel the experience of dubstep’s early days in every conceivable way.

“We used to go to London and it’d be a 100-capacity club, but you’d have like, Mala play, Skream play, me play, Youngsta play,” Caspa recounts. “People would be like, how did you afford this lineup? But its not about the money. People have just come together and worked it out.”

The pioneer’s special relationship with The Black Box, Sub.mission, and Denver dubstep is a well documented testament to the practice of “working it out.” He’s a staple here. During the final moments of B2TU, the artist took to the mic to inform us that the set marked his 11th show at the club over its three year history.

He urged partygoers: “Make sure you support this venue, because it is so important to the music scene,” before launching into the final song of the affair, aptly titled “Family.”

Back 2 The Underground embodies the formative .mission of “Moving People Through Sound Not Hype” behind The Black Box itself. The dynamic of the residency poignantly mirrors Sub.mission and The Black Box founder/CEO Nicole Cacciavillano’s recollections of Sub.mission’s early shows, as represented in a previous interview. Notably, although it would be over a year before the conception of B2TU, Caspa participated in that conversation as well.

“Always, every show, my residents would open. All those kids would come early because they wanted to be up front, you know, and they would hear it, and they would get it,” reminisced Nicole, speaking to the role that opening sets and resident DJs played in the development of Sub.mission’s Denver dubstep legacy.

Over the course of B2TU, that throwback too was manifested in the present day. Resident DJs CurlyOne (week one); Qilin and Dillard (week two); AOWL (week three); Synchronicity (week four); Retina and Bean (week five) conducted the parties’ sacred opening ceremonies. Each Friday night the music started for an empty dance floor that would fill out dramatically during the event’s first hour. For some of these locals, B2TU was especially significant as a rare opportunity to share their respective, intimate relationships with dubstep to the crowds of insatiable fans who lined up at the box office hours before the event to secure tickets to the sold-out shows. As one of the resident openers myself, B2TU marked the most energetic and well-attended set of my DJ career. In an effort to tribute to the now irrevocably engrained “west coast” flavor that Matty G originally brought to the genre over a decade ago, I fused hip-hop tracks with fresh productions and throwback tunes from the soundtrack to my own initiation into underground dubstep several years ago. Upon the conclusion of his residency, Caspa himself affirmed my approach.

“Its about playing the spectrum of dubstep, showing people that there’s more to it than this or that. The sound has A, B, C… all the way to Z. I want people to feel comfortable playing anything here,” says Caspa.

He describes an attitude - a creative freedom, an artistic versatility - central to dubstep’s invention that constitutes the enduring spirit of the sound. The genre’s origin story was relayed on week three by Hatcha, who is credited for coining the term “dubstep.” Hatcha’s history set began with old-school UK psytrance and garage - just like dubstep itself.

Caspa chronicles the adventure as “a whirlwind,” adding that “I feel like I could do another five weeks, easy!” - a sentiment evidenced by his vibrant energy in the wake of week five. But for fans who witnessed B2TU in its totality, the experience of each individual Friday was profoundly memorable in its own right.

“Each one was my favorite for completely different reasons,” reported a fan who attended all five nights.

I couldn’t have said it better myself. Every moment of B2TU was a unique treasure. With such consistently massive lineups, the notion of taking a week off was a non-option. And at no point did yet another night of Caspa’s curation feel redundant - especially when I looked around the dance floor to observe the ecstatic bass-faces worn by masses of young recruits as they experienced the sounds of the underground, some for the very first time. 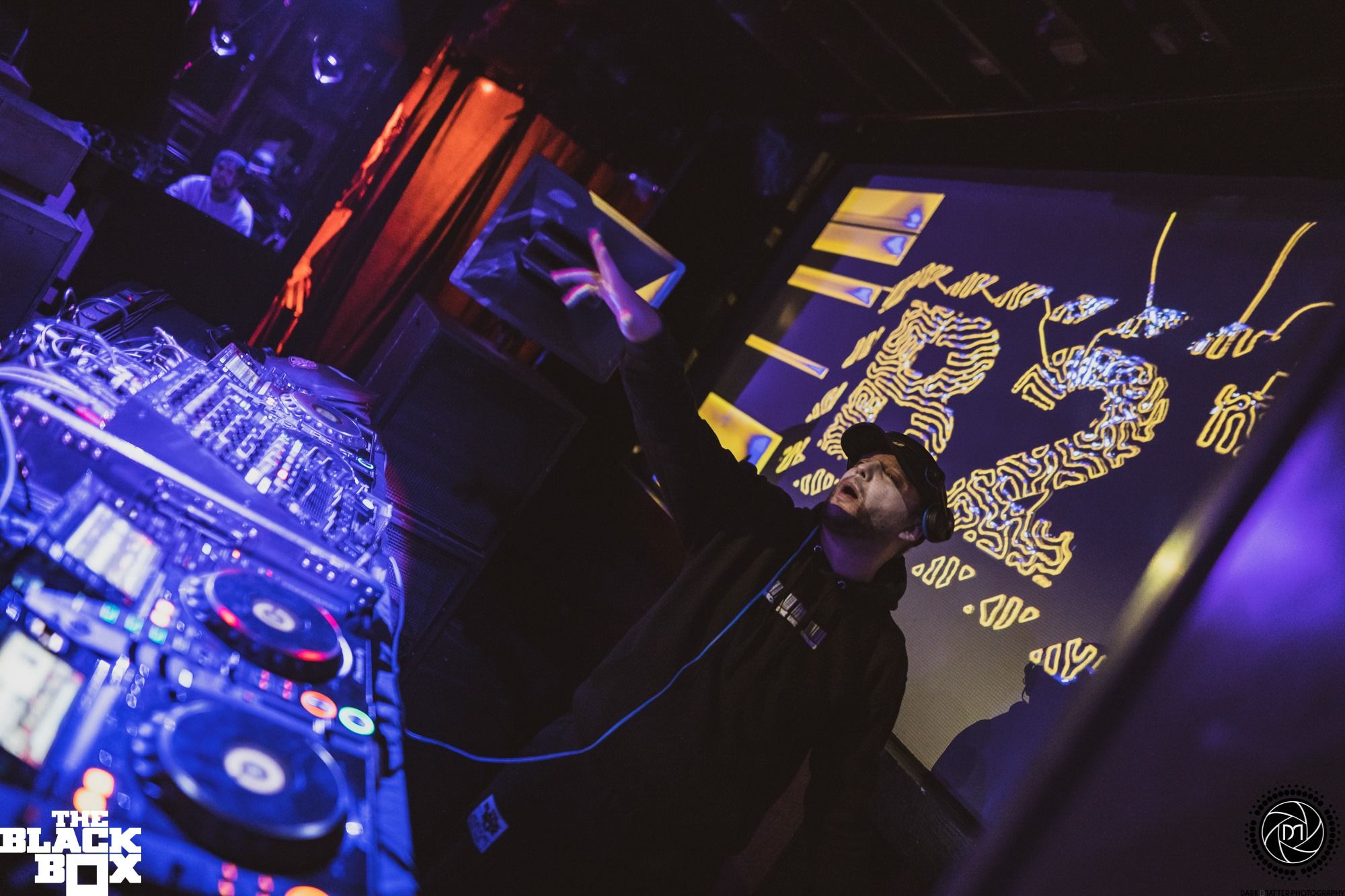 Denver is privileged by Caspa’s specific relationship with the city, but fans based elsewhere need not feel excluded. The inaugural B2TU residency at The Black Box served as an experiment to test-run the concept for its nationwide launch. The artist is plotting to take B2TU on tour, in a fashion similar to 2014’s “500” tour of intimate venues across North America.

“This is a stepping stone. Next year I’m gonna tour around America,” Caspa confides with a giddy grin. “Literally, I want to take the underground and tour it around the states. Hook a sound system on the back of a bus. Just go into a club, rip out the sound, put my sound in and roll it out. That’s the plan.”

As one of dubstep’s founding fathers, Caspa’s contemporary career is driven by his genuine, heartfelt devotion to sharing the pure, passionate experience that the genre was born from with a modern generation of electronic music fans. By that criteria, B2TU’s pilot at The Black Box represents yet another resounding success for the artist, and for the sound. But the vision lends itself to another interpretation, too. In this alternative version of the original UK heads’ characteristic old-school nostalgia, Caspa didn’t simply recreate the past. Years from now, Denver fans will reminisce about how they, too, participated in the history of the genre. 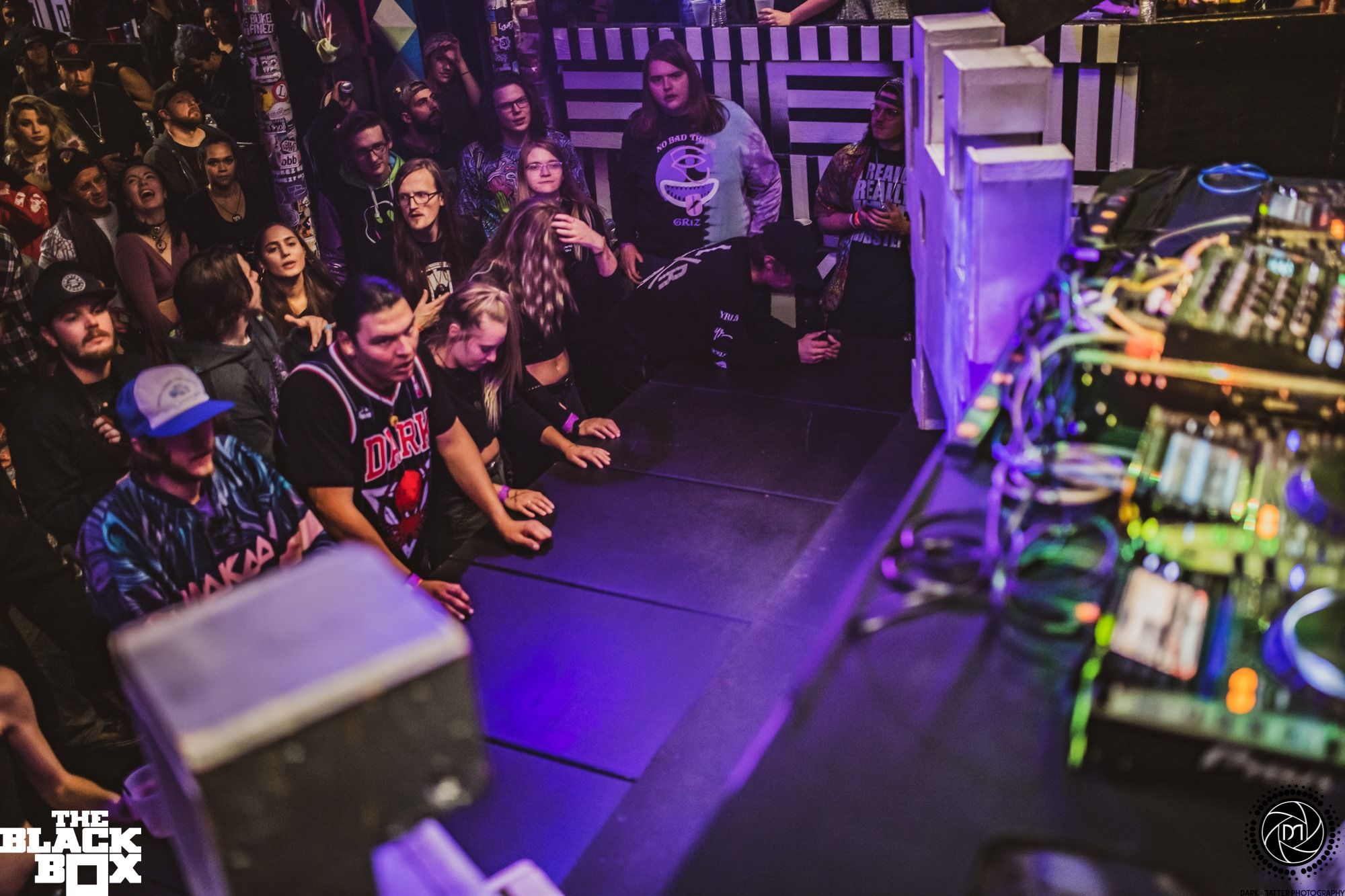